As part of the mining equipment series, we provide a full range of underground utility vehicles that can be used for underground mining transportation of various types of passengers and materials.

This passage is going to talk about the following precautions for underground utility vehicle:

The function of the chassis is to support the body, accept the power generated by the engine, and ensure that the car can drive normally. The chassis itself can be divided into four parts: transmission system, driving system, steering system and braking system.

Electrical equipment includes electrical equipment such as power supply, engine starting system, and automotive lighting. The engine ignition system is also included in the forced ignition engine. Pure electric vehicles can achieve zero pollution during operation, and they do not emit harmful gases that pollute the atmosphere. Even if the power consumption is converted into the emissions of power plants, the pollution caused is less than that of traditional cars, because the energy conversion rate of power plants is higher, and centralized emissions can more easily pretend to be emission reduction equipment. 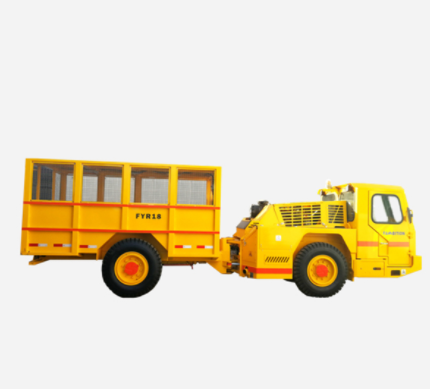 The reason why the engine continuously provides power is due to the orderly circulation of the four strokes of intake, compr ession, work, and exhaust in the cylinder. The noise and vibration levels of electric motors during operation are much smaller than those of traditional internal combustion engines. A four-stroke gasoline engine mixes air and gasoline in a certain ratio into a good mixture. It is sucked into the cylinder during the intake stroke. The mixture is compressed and ignited to generate heat. The high temperature and pressure gas acts on the top of the piston to push the piston back and forth. Linear movement, external mechanical energy output through connecting rod, crankshaft flywheel mechanism. A four-stroke gasoline engine completes a working cycle in the intake stroke, compression stroke, power stroke and exhaust stroke. During this period, the piston reciprocated four strokes between the top dead center and the bottom dead center, correspondingly the crankshaft rotated two times.

The automobile body structure mainly includes the body shell, the door, the window, the front sheet metal parts, the interior and exterior trim parts and the body accessories, the seat, and the ventilation, heating, air conditioning, and air conditioning devices. It also includes carriages and other equipment on trucks and special vehicles.